My Autistic Daughter’s Night to Shine

With a lot of hard work and a little luck, my daughter Samantha Elisofon performed her very first one-woman show to a full house at the Triad Theater.  Samantha called the show “My Resilience and Inspirations” and chose “mantra” songs from a variety of genres that connected with the challenges she faced growing up on the autism spectrum.

Samantha and her voice coach, Jonathan Ivie, started working on her show during COVID.  As Samantha would say, it wasn’t easy-peasy.  Her creative team (myself included) worked with her for months before she had a narrative in her own words that she was comfortable sharing. Our next challenge was to pick a date that worked for everyone.  Jonathan Ivie needed to schedule the show on a Tuesday, because he was busy all the other nights as musical director of Americano. We wanted to include Andrew Cohen, Samantha’s “Uncle Andy,” a dear friend of mine for 50 years, who lives in Palm Beach and only visits occasionally. We booked Tuesday, June 21st, which turned out to be a lucky choice because Arts for Autism scheduled their Broadway show Monday, June 20th at the Gershwin.  Samantha was invited to perform there with Actionplay, one of her theater groups–an offer she couldn’t refuse.

I was extremely nervous about the necessity of Samantha preparing for TWO back to back shows. However, she couldn’t turn down performing on a Broadway stage and it was too late to reschedule her show at The Triad.

But I wasn’t convinced.  What if her vocal chords couldn’t handle two nights in a row? There were three mandatory rehearsals for Arts for Autism, very close to the show.  Would that leave enough time for her to rehearse for her one-woman show?  What if everyone showed up for the first show and didn’t feel like going out two nights in a row?

Selling tickets was much more challenging than I thought it would be. Tickets sold VERY slowly, despite lots of promotion on social media.  Two weeks before the show, we had only sold 30 tickets.  What if the Triad was half-empty?  Our producer, and other friends of mine told me that everyone buys tickets at the last minute, even more so now because of COVID.  Still, it broke my heart to think that there would be lots of empty seats after Samantha had worked so long and hard to create her show.

I tried to stay calm.  This was a first for us too, remember, so we really didn’t know what to expect.  The last thing we expected was for Samantha to get sick.  Our energizer bunny was suddenly sniffling, hoarse and suffering from a dry cough.  She had not yet had COVID.  I tested her and held my breath. Negative!  But we still had to tackle the fact that she was sick with a cold.  Would she recover in time for both performances?  How would her voice sound?

We called a throat specialist eight days before her show.  He prescribed two medications, throat spray, a special mouth wash and antibiotics. The doctor also told Samantha she needed to rest her vocal chords.

“Talk as little as possible,” the doctor instructed.  “And whatever you do, don’t whisper.  That’s worse than screaming for the vocal chords.  Try to rest.  You should be fine.” 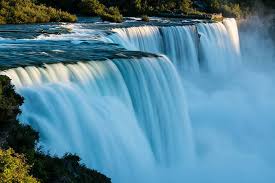 Asking Samantha not to talk is like stopping the flow of Niagara Falls.  We persuaded her to stay home for the entire week preceding her performances.  That meant skipping Tony night at a friend’s house, staying home from the EPIC Prom which she had helped organize as a committee member, cancelling all her non-essential weekly appointments (psychiatrist, life skills coach, trainer) and mostly lip-syncing at her rehearsals for Arts for Autism.

Meanwhile I kept promoting the show on social media and hoped for the best. The Friday before her shows, she rehearsed for the last time with Jonathan, her voice coach. He reported back to us that she sounded great and sang with lots of energy, but she had cracked twice on low notes.  Now her vocal chords were a little weak because she hadn’t been using them.  He recommended 15-20 minutes’ worth of warm ups and singing.

What to do?   My heart pounded as I considered navigating this advice. The throat specialist (who had worked with the likes of Julie Andrews and Mariah Carey) recommended vocal rest.  Her music coach had suggested limited singing to strengthen her vocal chords. With only four days to go till Samantha’s show, I decided to follow her music coach.  Somehow, I had to thread the needle. Help her get ready for two shows, and hope that the first one didn’t exhaust her.

Readers may be wondering how Samantha felt.  Answer: VERY unhappy about missing her social activities but coming around the to the idea that her show was the priority and the show MUST go on.  (No understudies or clones available).

I’m happy to report Samantha was at full strength for both shows. In her group show on June 20th, she sparkled in a black sequined mini-dress and positioned herself front and center in all of her appearances.  “Watch me shine,” she seemed to be saying, a harbinger of her own performance.

And shine she did!  After being introduced with the trailer for Keep the Change, Samantha sang over an hour, starting with “Tomorrow” from Annie and finishing with a medley of “You’ll Never Walk Alone” and “Climb Every Mountain.”  In between, she sang opera “O Mio Bambino,” “Bridge Over Troubled Water” and “Defying Gravity” among others, and connected them with her life story.

Her producer informed us that we had sold 82 tickets and 28 live stream tickets.  The Triad loved us and wants us to come back.  Accolades poured in.  People were amazed at her ability to memorize and sing 15 songs.  They commented on her bravery and ability to share honestly.  Another autism parent thanked us for “creating a whole new world for the autism community.”  One person who is usually quite reserved and has advised Samantha to refrain from four-letter words confessed that he thought she was “f—— terrific.”

He just smiled and shrugged, knowing that I would.

After such an exhausting and exhilarating experience, what’s next?

I’d like to think that Samantha can perform at other venues and audition for neurotypical roles, not just autistic characters.

“My future is unlimited,” she sang in “Defying Gravity.”  Let’s hope that’s true.